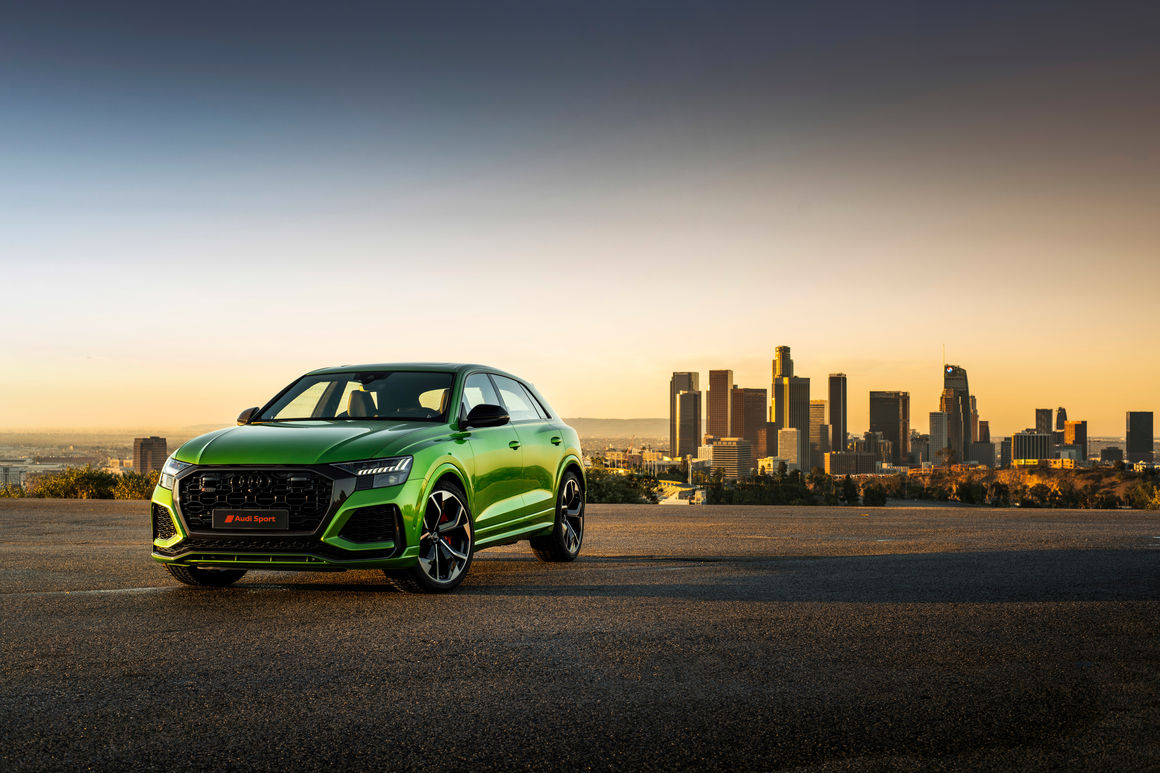 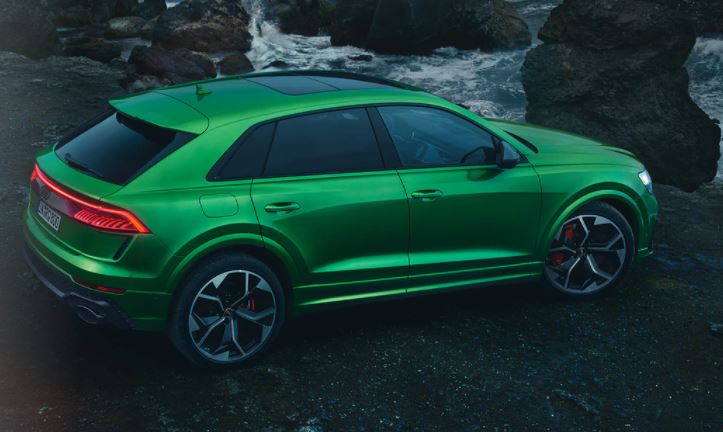 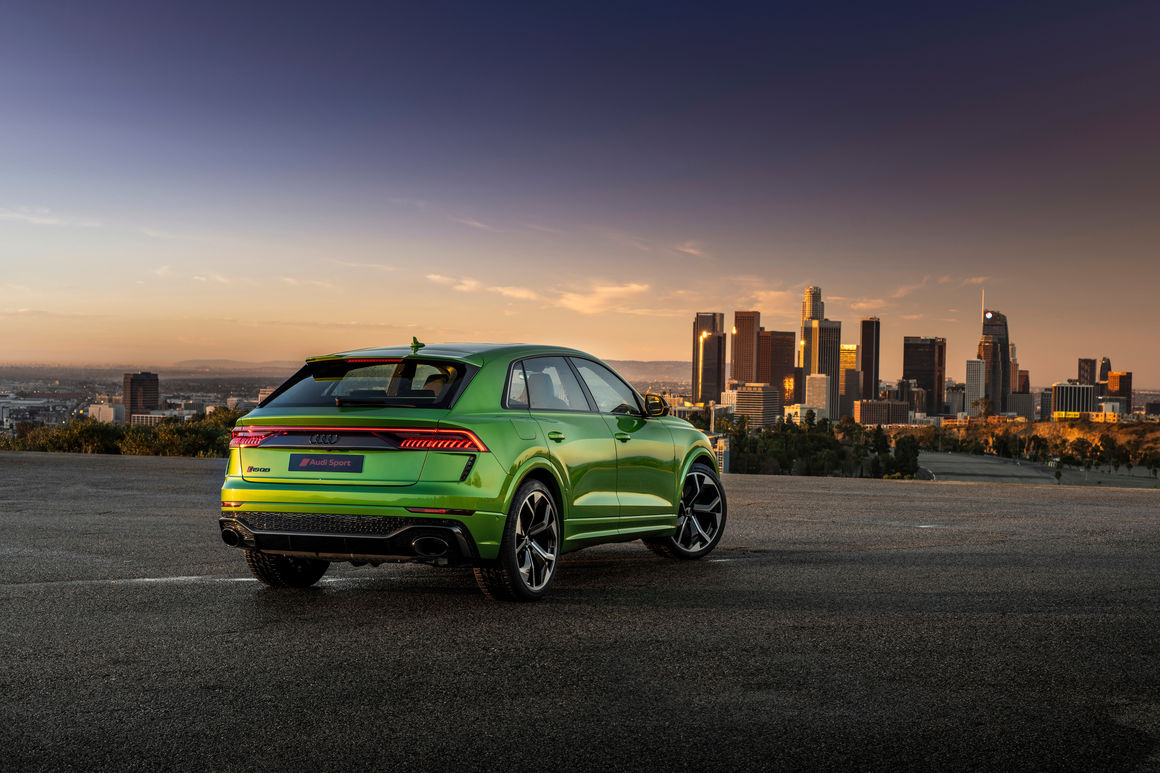 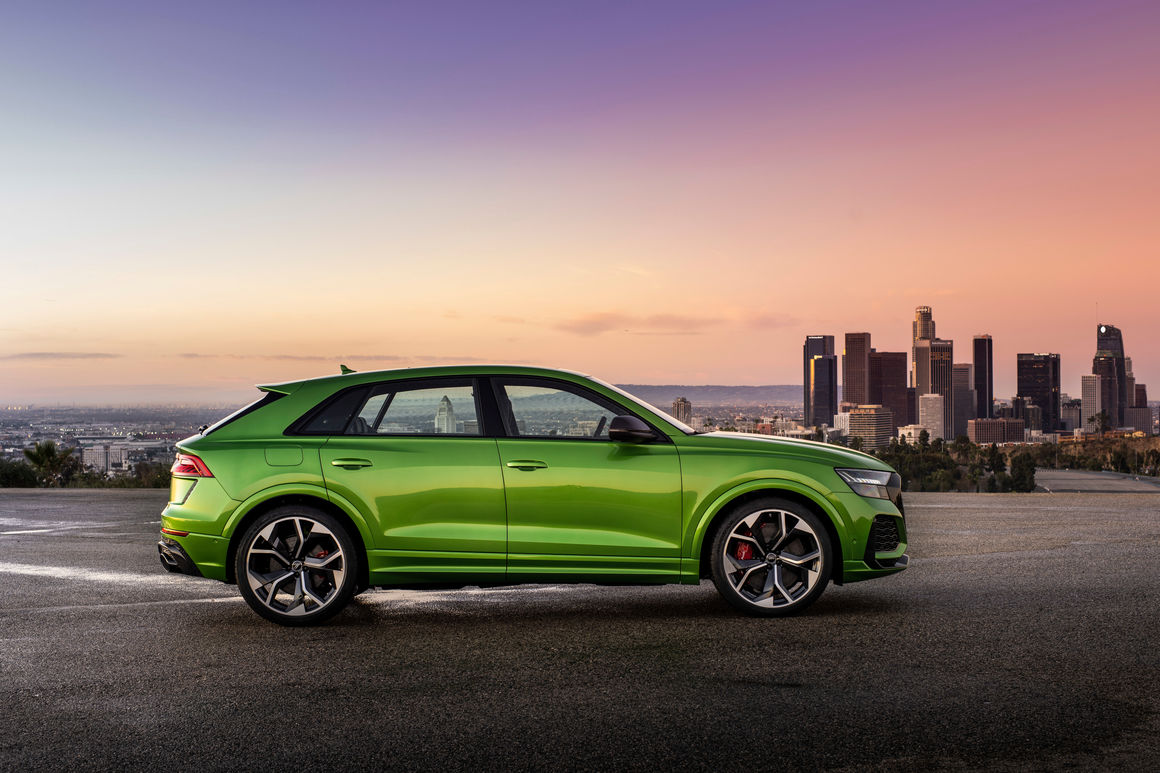 The 2021 Audi RS Q8 is the ultimate Audi SUV, with 591 horsepower under the hood and styling that borrows elements from the outrageous Lamborghini Urus while still retaining the German luxury brand's signature styling.

The Audi RS Q8 has a six-figure price tag, but its performance, styling, and features are likely to make it worthwhile. Standard features on all RS Q8 models include adaptive air suspension, 22-inch wheels, heated and ventilated front seats, and a 17-speaker Bang & Olufsen audio system.

The 4.0-liter twin-turbocharged V-8 engine in the RS Q8 produces 591 horsepower and 590 lb-ft of torque. It comes with Quattro all-wheel drive and an eight-speed automatic transmission, as well as a 48-volt hybrid system for better fuel efficiency. Audi claims a 3.7-second zero-to-60-mph time and a top speed of 189 mph.

All models come standard with Quattro all-wheel drive, and Audi claims this beast can accelerate from zero to 60 mph in just 3.7 seconds. Premium materials are used throughout the cabin, including nappa leather upholstery and genuine carbon-fiber trim or wood accents.

The Virtual Cockpit digital gauge display and dual-screen infotainment system are both standard, as are all of Audi's latest tech features. The five-seat cabin of the RS Q8 is largely identical to that of the Q8, with the exception of some unique trim pieces and sportier, more aggressively bolstered front seats to keep you in place while cornering.

There are RS logos strewn about as well. Adults in both rows of seats will have plenty of legroom and headroom, thanks to unchanged passenger and cargo space from the regular Q8 model. The Q8 held eight carry-on suitcases behind its rear seat in our testing, and 23 total with the rear seat folded.

Certain RS-specific displays can be found in the Audi Virtual Cockpit digital gauge cluster and dual-touchscreen MMI interface, including torque and power output, lap times, and g-forces. Aside from that, we expect the Q8 to have the same technology as the Q8, such as Apple CarPlay and Android Auto, a 4G LTE Wi-Fi hotspot, navigation, and SiriusXM satellite radio.