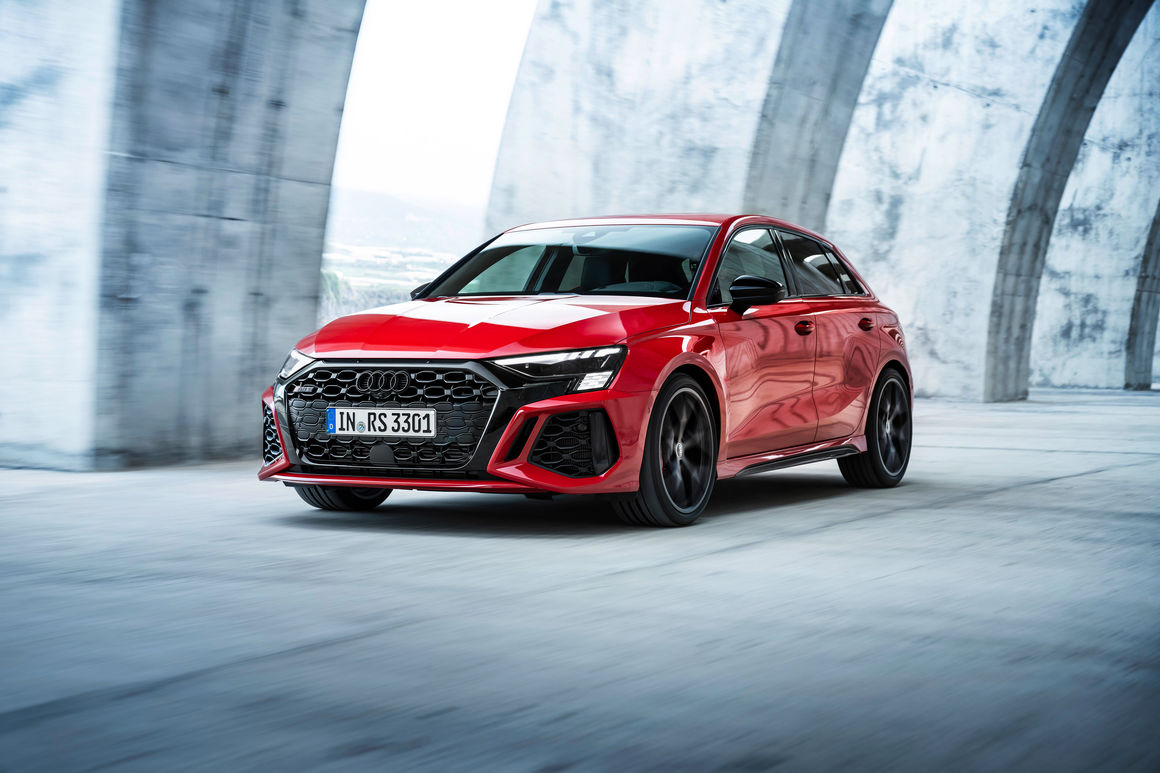 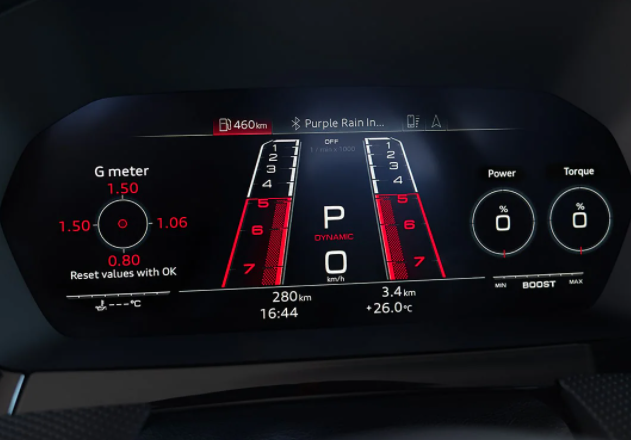 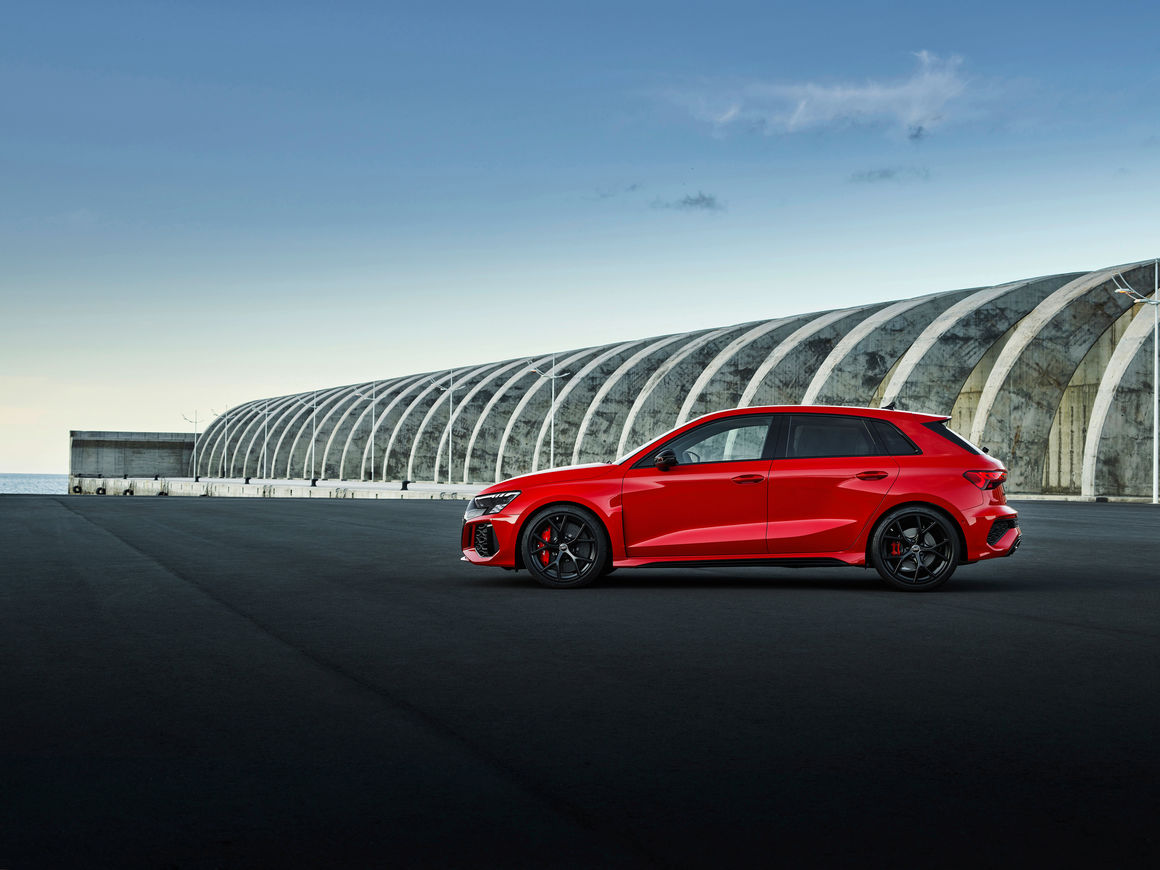 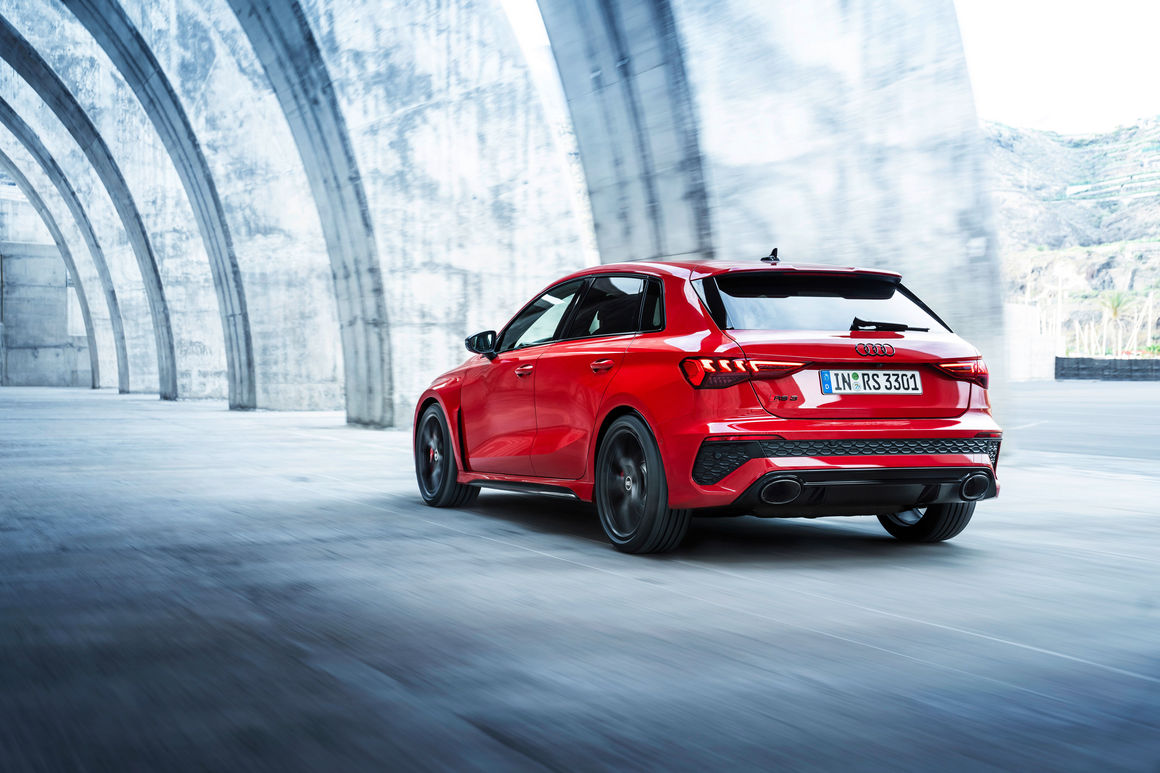 The RS3 Sportback TFSI quattro S tronic's odd five-cylinder engine is one of the car's most distinguishing features. Its odd number of cylinders gives it a distinct thrumming sound that was especially enjoyable on the previous model.

The RS3 Sportback TFSI quattro S tronic﻿ is now in its second generation in the United States, and it borrows heavily from the completely redesigned A3 and S3. The S3 is powered by a 306-hp version of the same mill, and the three share a base, interior proportions, and many similar features.