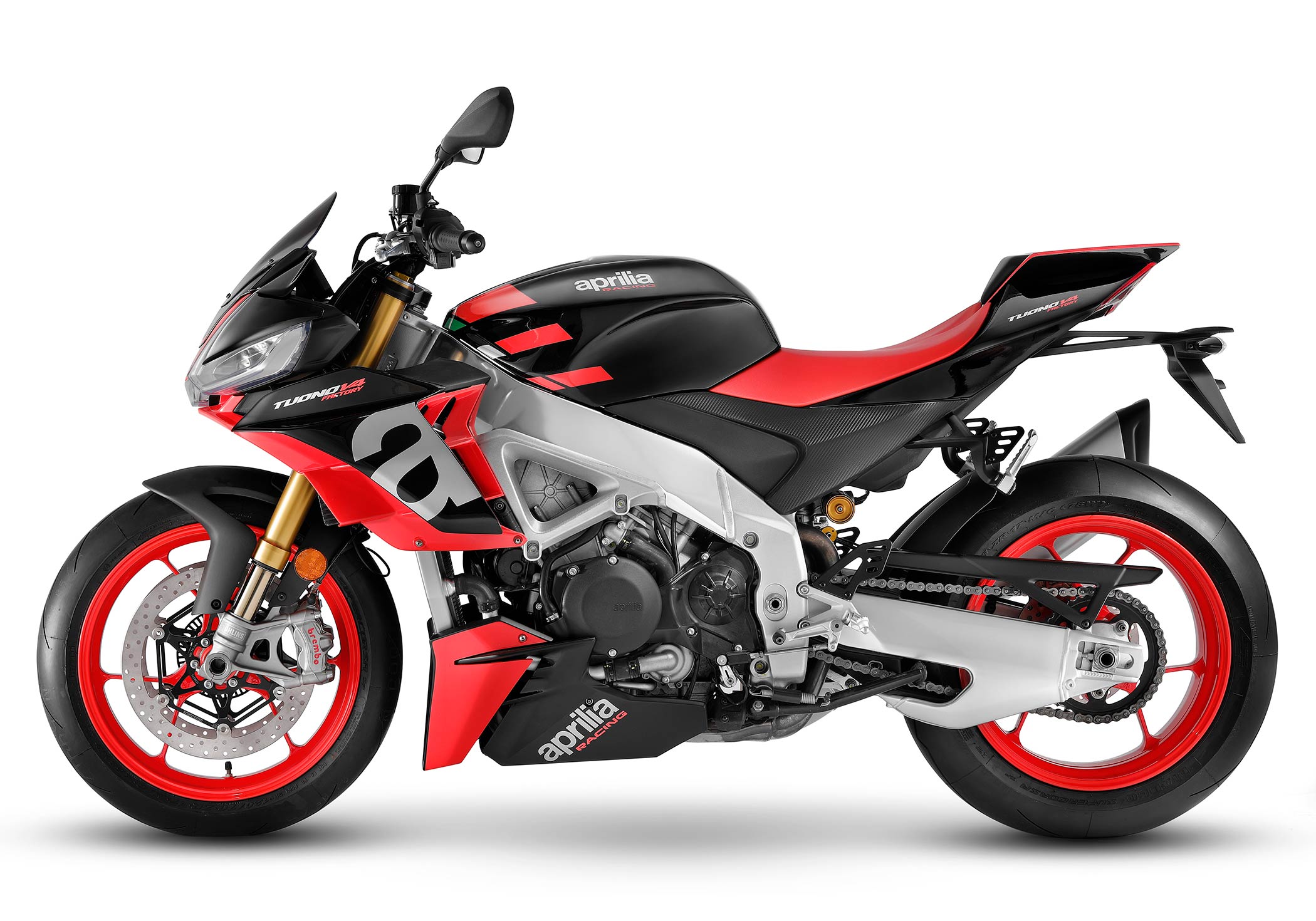 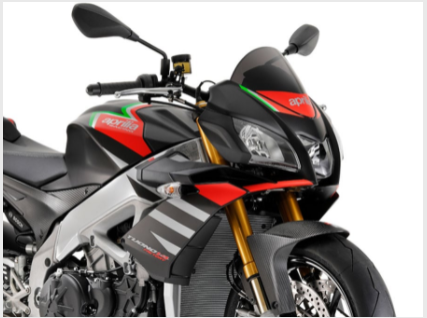 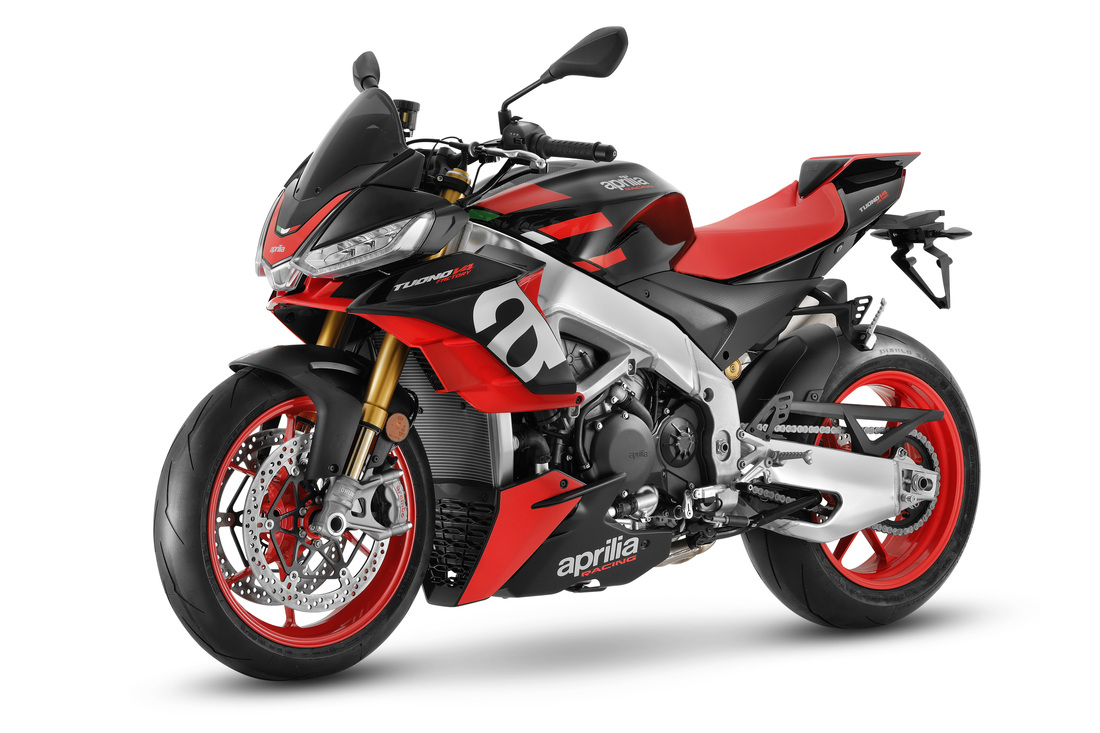 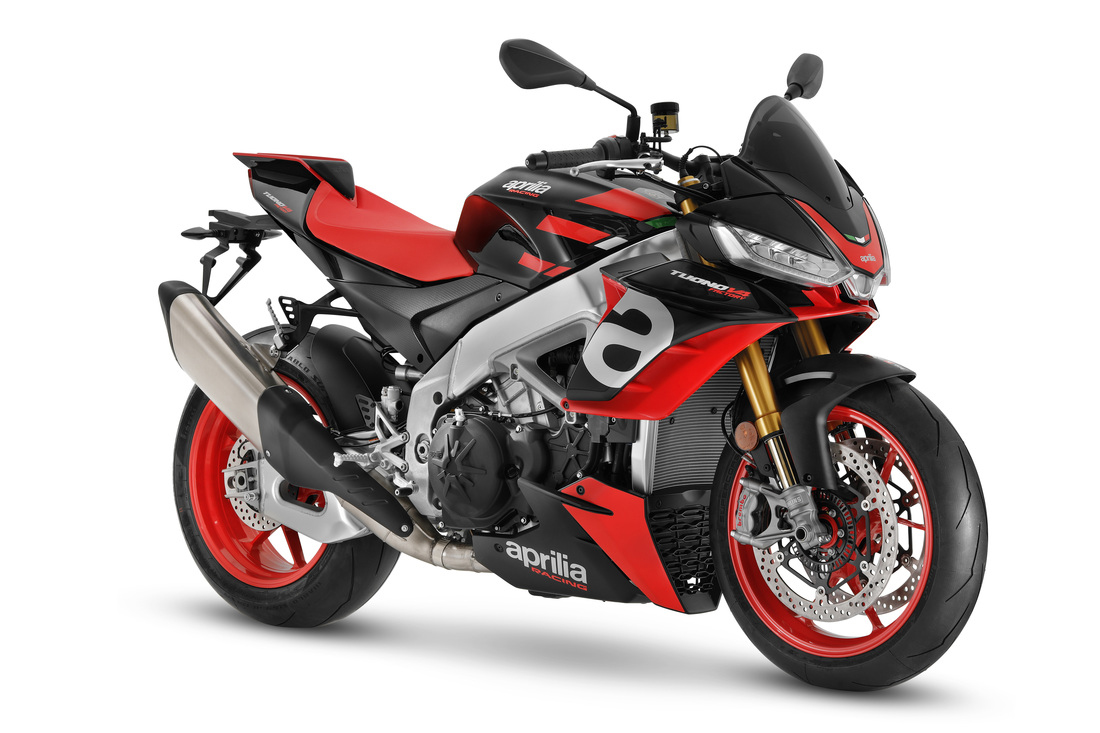 The Tuono V4 1100 Factory is the more special variant, targeted to an incredibly demanding public.

The Aprilia Tuono V4 1100 Factory provides the most modern and efficient electronic suspension system currently available, as proposed by manufacturer Ohlins and developed in close collaboration with Aprilia experts. With two working modes on the nits: semi-active mode and manual mode, both of which can be set via the buttons on the handlebar, the Smart EC 2.0 semi-active suspension system enables for simple and even custom calibration of the fork and shock absorbers.

It is the heir of a family of motorbikes that have been considered some of the most adrenaline pounding and efficient bikes ever over the years. The Aprilia RSV4 is heavily influenced by the components used on this bike. The Factory has a number of carbon fibre accents as well as the most modern semi-active electronic suspension currently available on the market.

Calibration is aided with simple handlebar controls, resulting in an even more spectacular riding experience regardless of the field of application.

Advanced systems are already regarded as the "best in class." Aprilia Performance Ride Control is a proprietary control package derived directly from World Superbike technology, and it's the most complete and polished of its kind on a motorcycle in this market.

The innovative multimap Cornering ABS system, developed in partnership with Bosch to provide optimal road safety, is also available on the Tuono V4 1100 series. A 65° V4 engine with unique characteristics provides unrivalled performance. The narrow V architecture has allowed for the creation of an engine that is exceedingly compact lengthwise, which aids in the centralization of weights and the creation of a small chassis.

The improvements made in this version of the Italian V4 have improved overall reliability and performance without compromising any of the amazing character and wonderful sound that riders like.