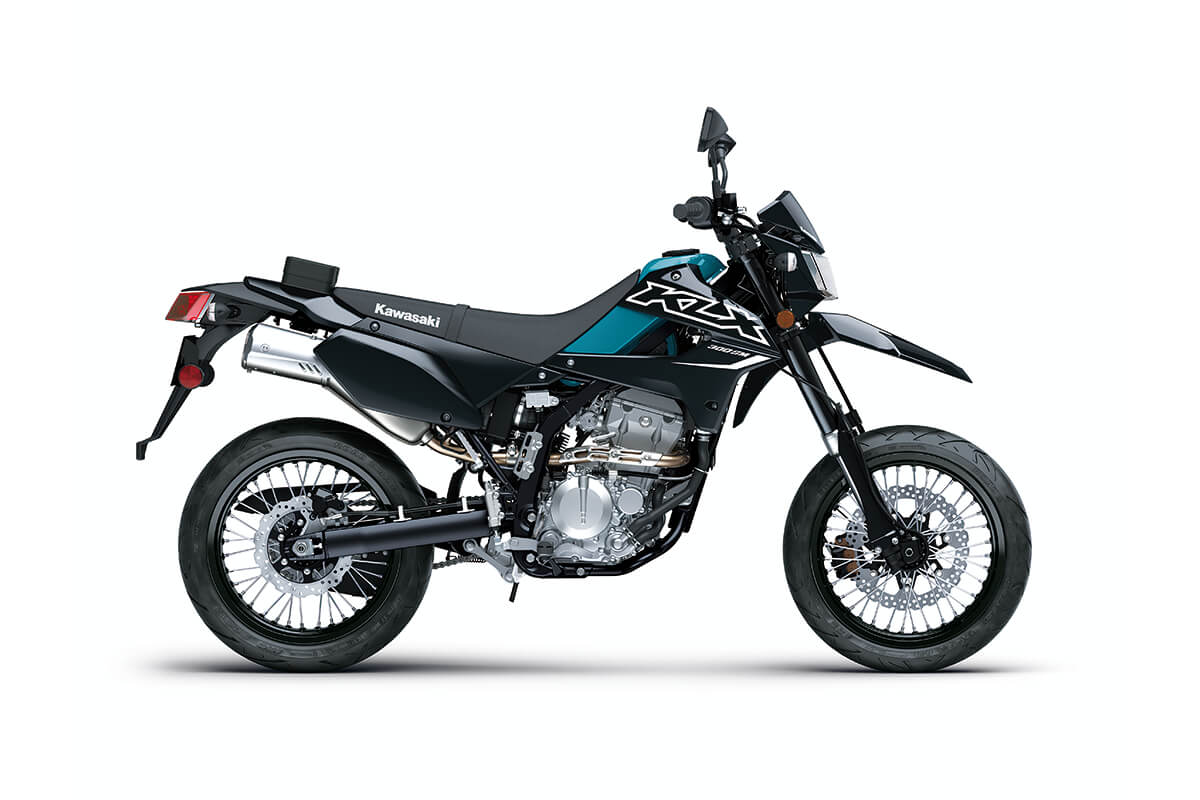 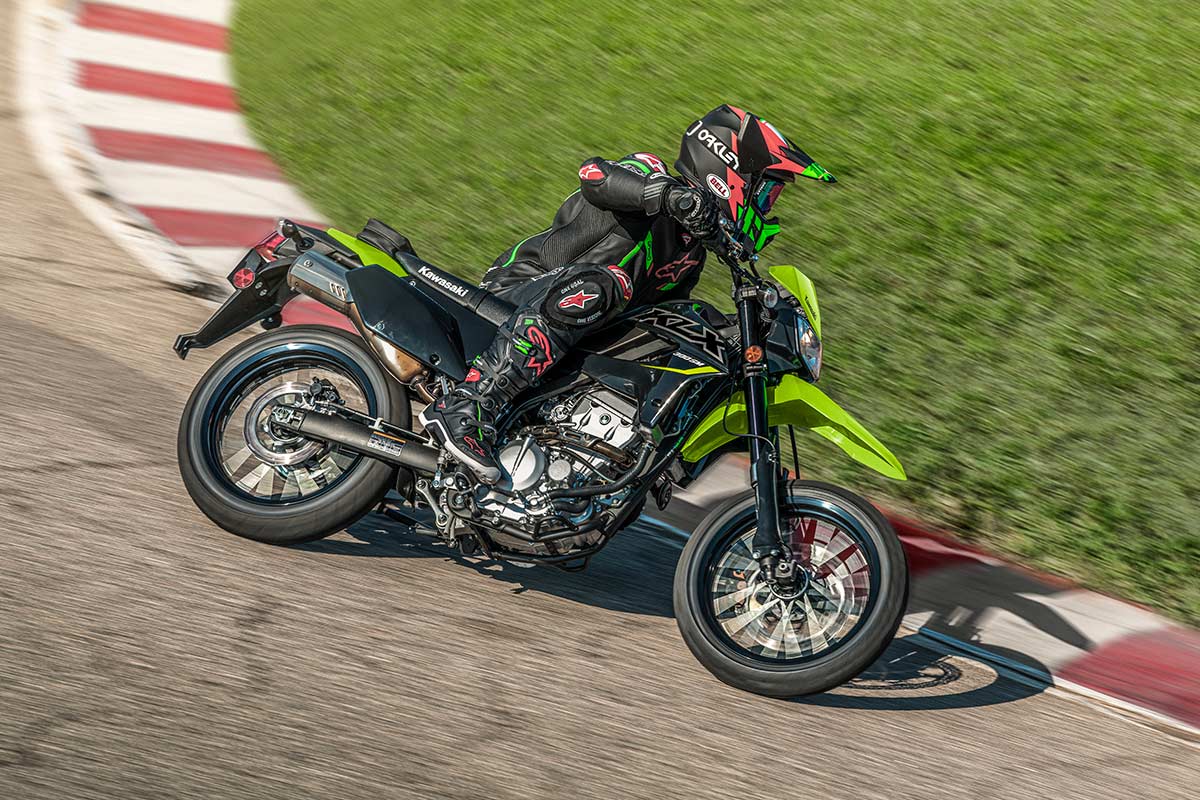 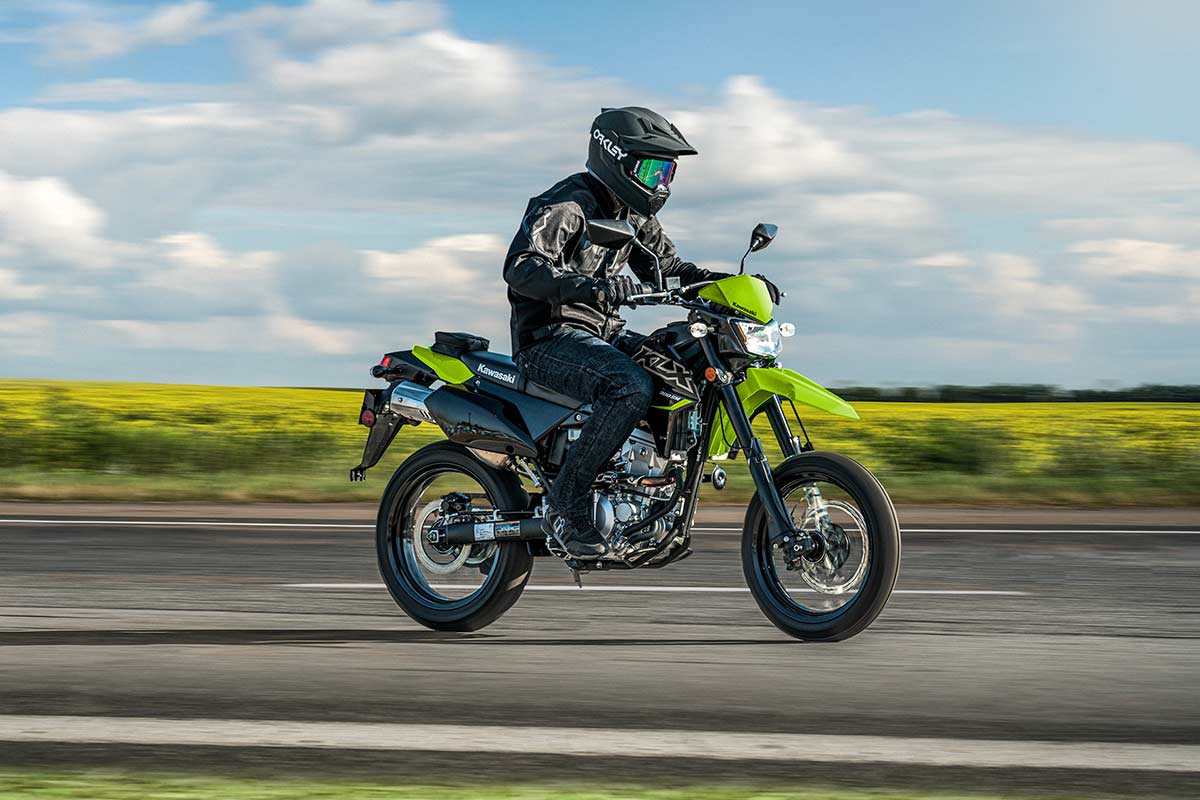 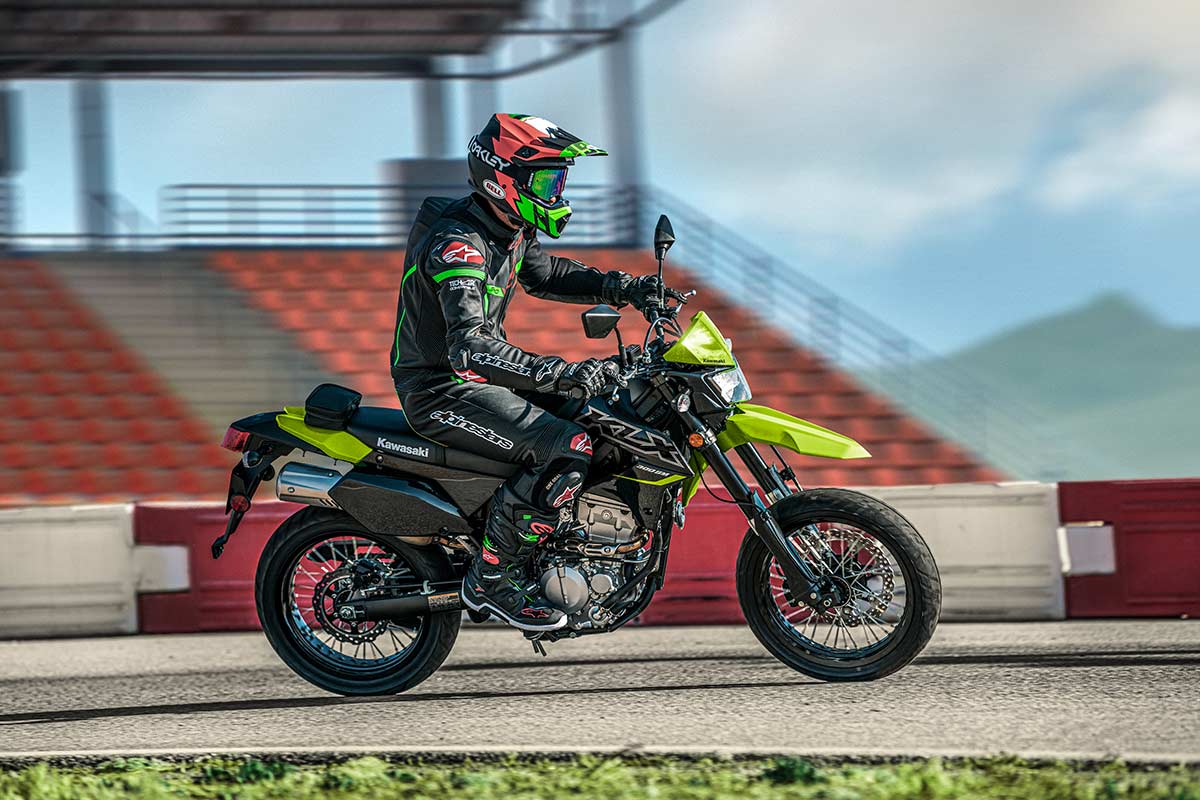 Kawasaki Supermoto KLX 300SM 2023 is a powerful 292 cc engine and low total weight unleash track-worthy performance from a long-stroke suspension that is race-tuned to handle rough terrain and trick riding.

Kawasaki Supermoto KLX 300SM 2023  is based on Kawasaki's perennially popular KLX300 platform, but the "SM" in the name simply stands for supermoto because Kawi equipped it with 17-inch rubber up front and back in addition to road tyres.

Brakes that are 300 millimetres in the front and 240 millimetres in the back still fit inside the diameter of such wheels. That is essentially the main distinction between the Kawasaki SM and non-SM versions. Both motorcycles are built on the same chassis and have the same 292cc EURO4 four-stroke single-cylinder engine that powers the Versys 300.

It also powers the KLX 300 R and has a total output of 33 horsepower and 20.9 pound-feet of torque. Kawasaki Supermoto KLX 230SM 2023. With the net-new starting in 2021 KLX300SM "Super Moto" model, Kawasaki expands its dual-surface capabilities.

The design of the rider's triangle is specifically made for comfort and control in both the seated and standing positions, which some riders prefer for trick riding antics and/or technical off-road activity.

The front end is characterised by a high-mount mudguard, a rather rectangular headlight housing, and a flyscreen. A large, LCD panel that unifies all of the instrumentation in one place is tucked away not far behind. It has a dull blue backlight for better visibility even under less-than-ideal ambient light situations.