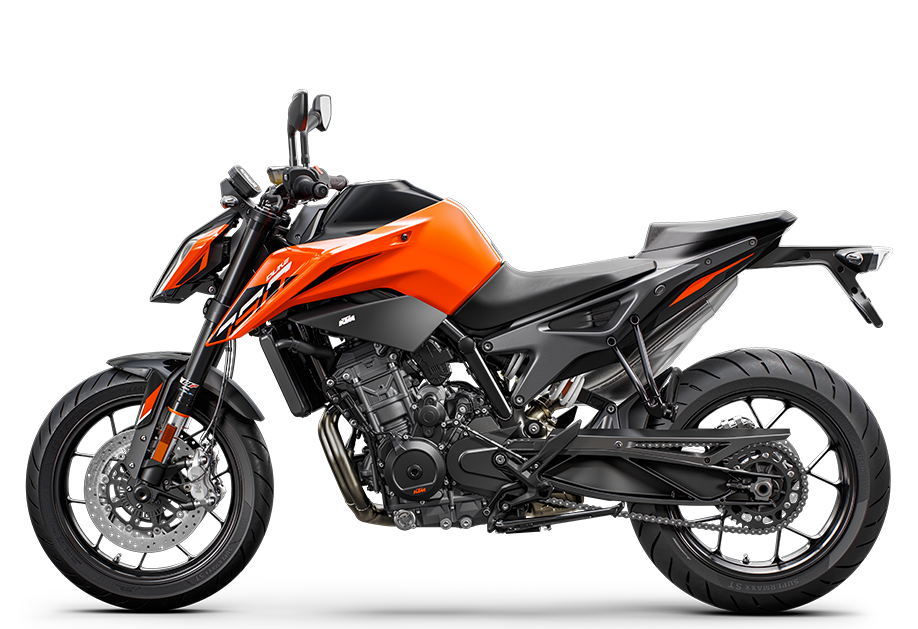 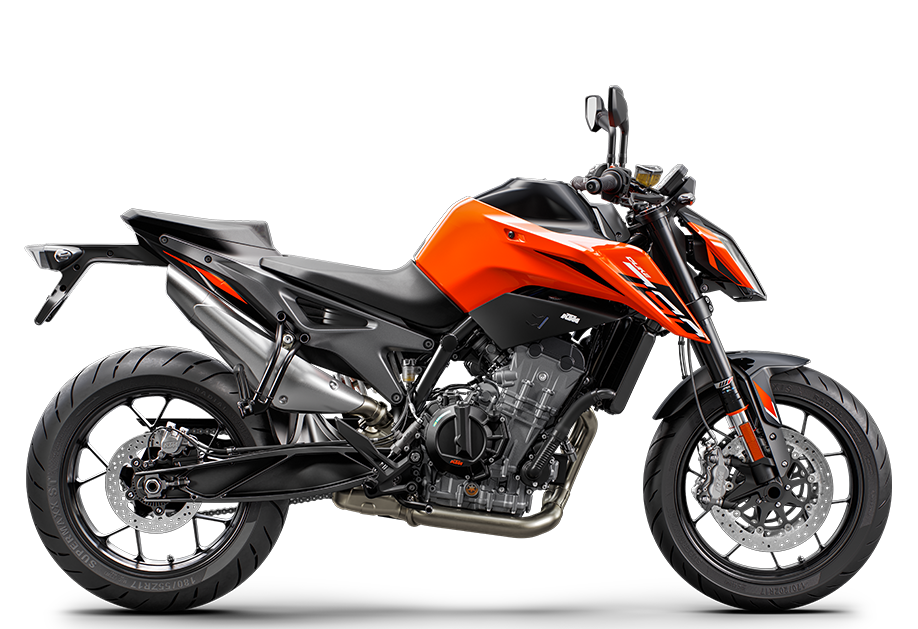 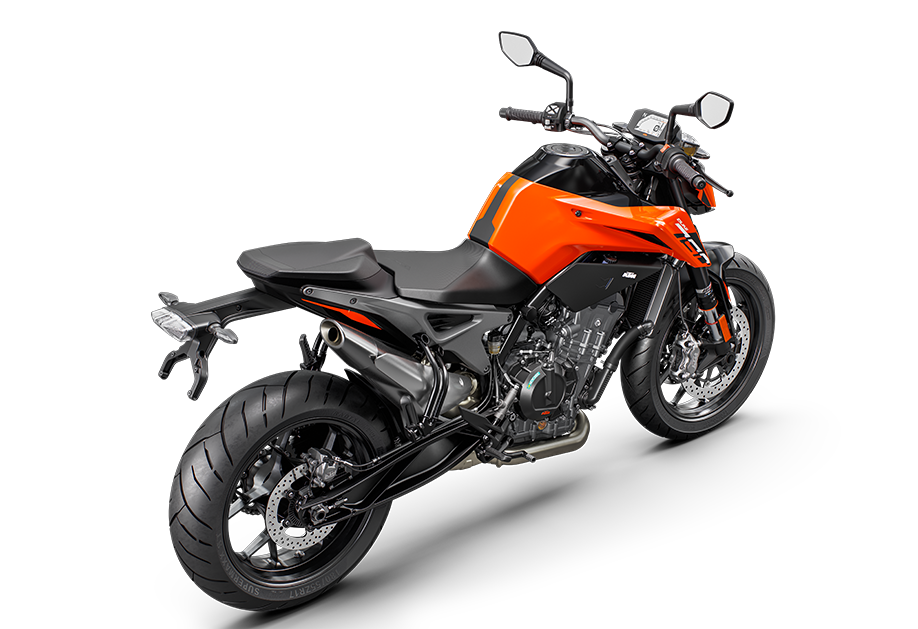 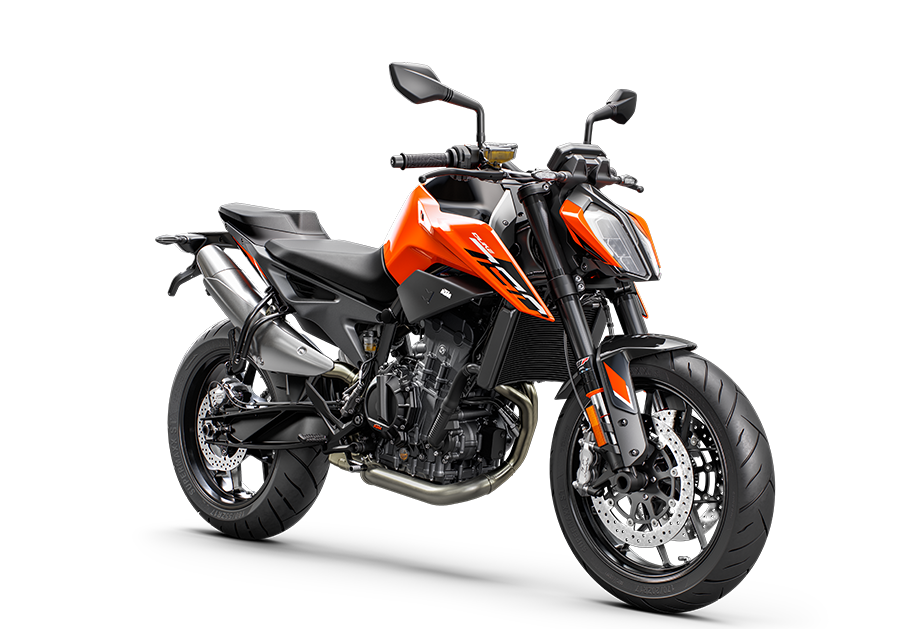 KTM NAKED BIKE 790 DUKE 2023 has a 799 cc LC8c parallel twin motor, which is the most compact in its class and snuggled inside one of the lightest chassis available.

Performance-wise, the regular 790 Duke is identical to the model that was first released in '18. It is powered by the tried-and-true 799cc parallel-twin engine from KTM with the codename LC8C. Its 105 horsepower and 60 ft-lbs of torque make it one of the middleweight class' most potent engines.

The 790 Duke stands out from its rivals thanks to its premium underpinnings as well. Its 43-millimeter WP inverted forks, despite not being adjustable, provide excellent handling, and the WP rear monoshock, which has preload adjustment, keeps the rear wheel firmly in place. Additionally, it receives a TFT display, full LED lighting, and two four-piston radial compressors.

A group of cutting-edge rider aids, including traction control and cornering ABS driven by IMU, round out the technological features. Street, Sporty, Track, and Rain riding modes maintain the bike controllable and docile in every situation, and ABS may be totally turned off or set to supermoto mode, which just disables the rear ABS.