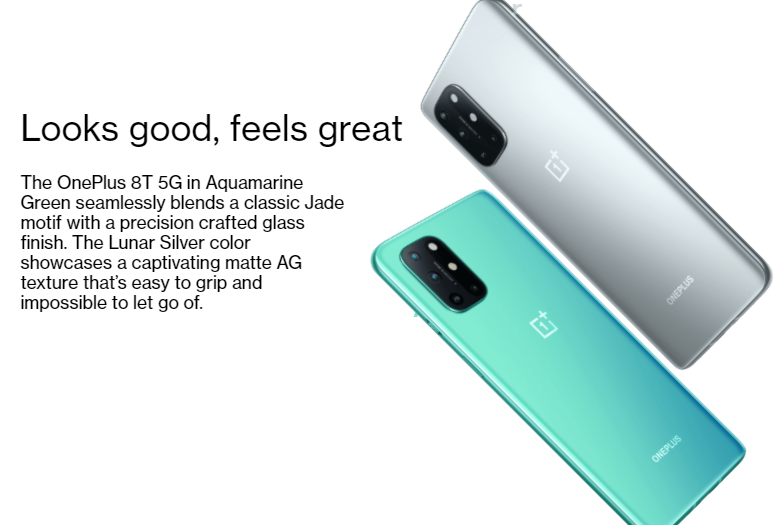 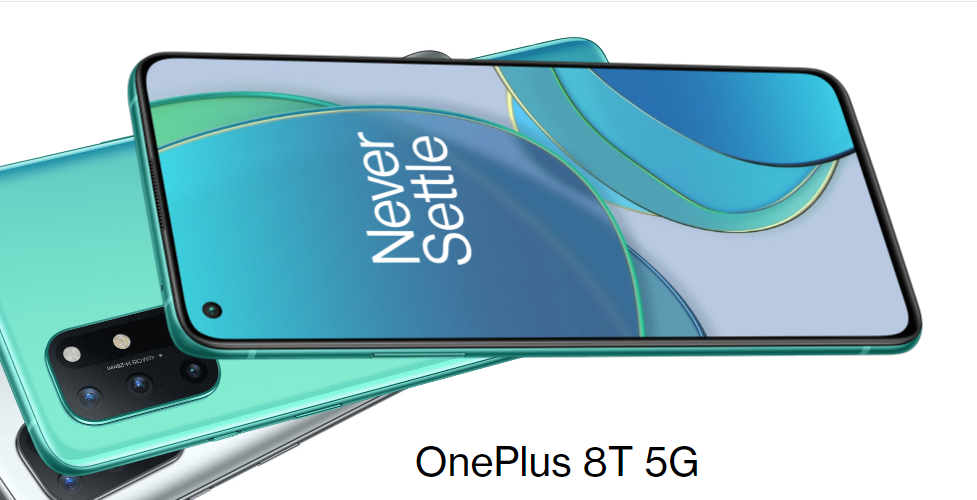 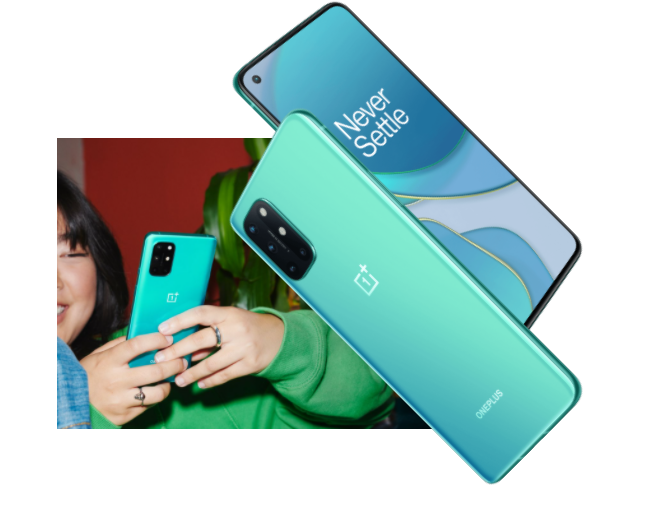 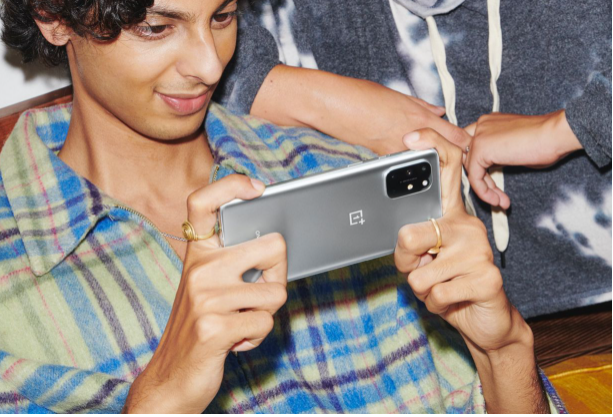 The OnePlus 8T has a 6.55-inch full-HD+ display, but it now has a 120Hz refresh rate, just like the OnePlus 8 Pro. The touch sampling rate has also been increased to 240Hz (from 180Hz on the OnePlus 8) to improve touch response, according to OnePlus.

The OnePlus 8 is a smartphone developed this year by OnePlus. The OnePlus 8T looks fine thanks to its redesigned shell and display design, and a 120Hz refresh rate is always great, but that's the extent of this model's physical improvements. The OnePlus 8T retains an aluminum frame with a glass back, but the design is significantly different from the OnePlus 8. The display's sides are no longer curved, which makes the front look less attractive, but it is unquestionably more practical. At the display's edges, it's simpler to see and interact with content. OnePlus has also made some minor changes to the display.

OnePlus users will recognize the button layout. The power and volume buttons are on opposite sides of the frame, and there's an alert slider for changing ringer modes. There's also a USB 3.1 Type-C port on the bottom, but no headphone jack. The OnePlus 8T offers a dual-SIM tray, but no storage expansion option.

A data cable, charger, stickers, SIM eject tool, user instructions, and a silicone case come standard with the OnePlus 8T. The type of charger you get this time is a major difference. It's a 65W charger called Warp Charge 65 by OnePlus, which we'll discuss later.

OxygenOS 11 is pre-installed on the OnePlus 8T. This is the company's most recent custom skin, which is based on Android 11. Most of the stock OnePlus apps now display their names in big, strong characters when you open them, and this lowers to a regular size as you scroll down in OxygenOS 11. This is visible in majority of OnePlus' standard apps, including Clock, Settings, Notes, Recorder, Gallery, and others, but not in the File Manager app.

It's still powered by Qualcomm's Snapdragon 865 processor. In comparison to the OnePlus 8, the OnePlus 8T features UFS 3.1 flash storage. However, according to the Androbench test, the read/write speeds do not appear to differ significantly. However, unlike the OnePlus 8 Pro, the OnePlus 8T still employs LPDDR4X RAM rather than DDR5.

An in-display fingerprint sensor, dual speakers with Dolby Atmos, face recognition, 5G, Wi-Fi 6, Bluetooth 5.1, and NFC are among the other features. The OnePlus 8T also includes a flicker detection sensor in the camera module, as well as numerous satellite navigation systems and the usual array of sensors.

The ultra-wide camera on the OnePlus 8T has a wider FOV than its predecessor, while the macro camera has a greater resolution this time around. The OnePlus 8T is capable of taking some stunning images on a bright, sunny day. HDR is well-implemented, colors are vibrant but not oversaturated, and landscape images retain a lot of information even when zoomed in.