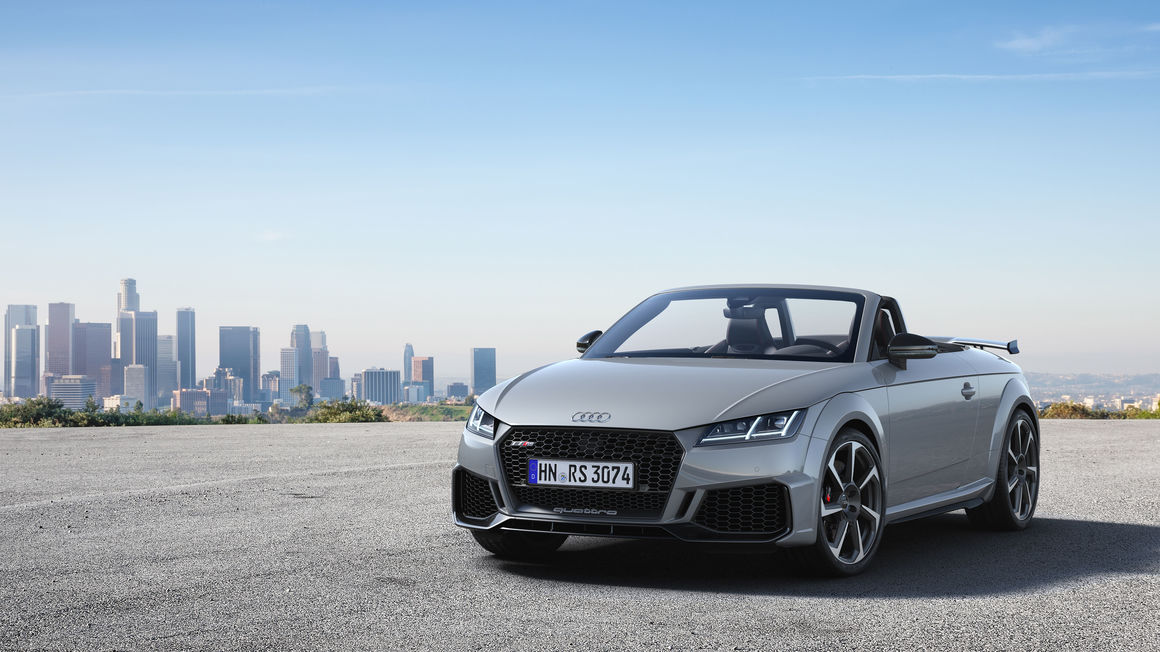 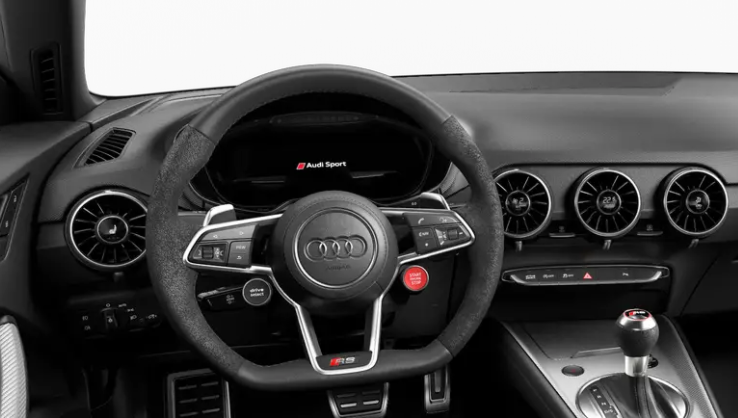 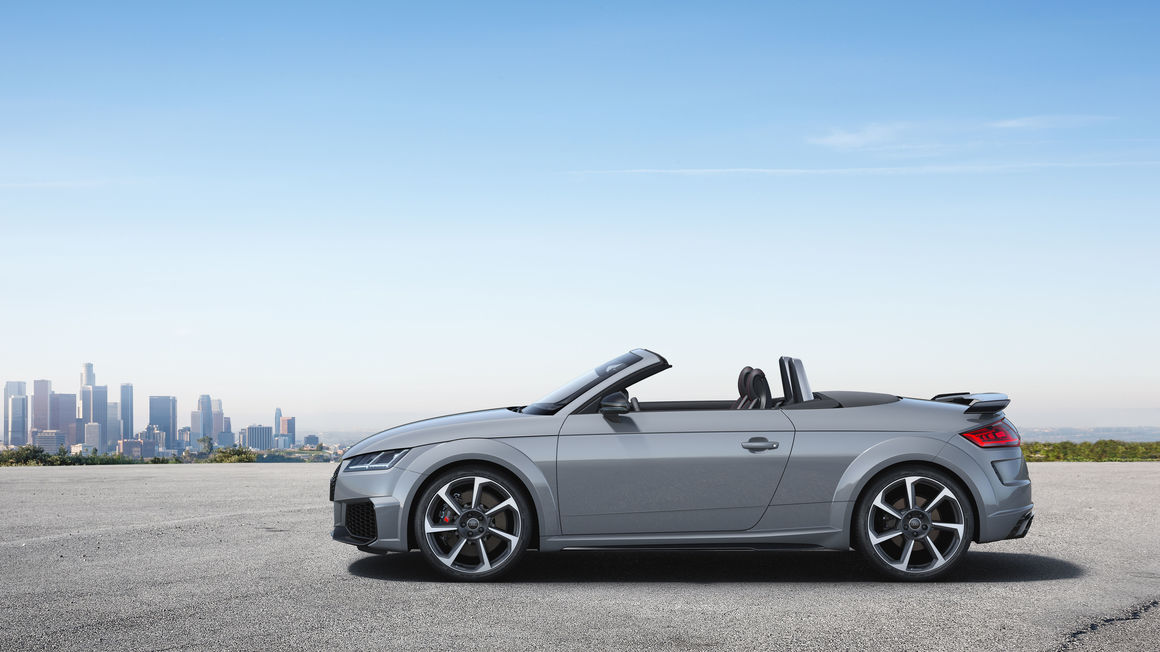 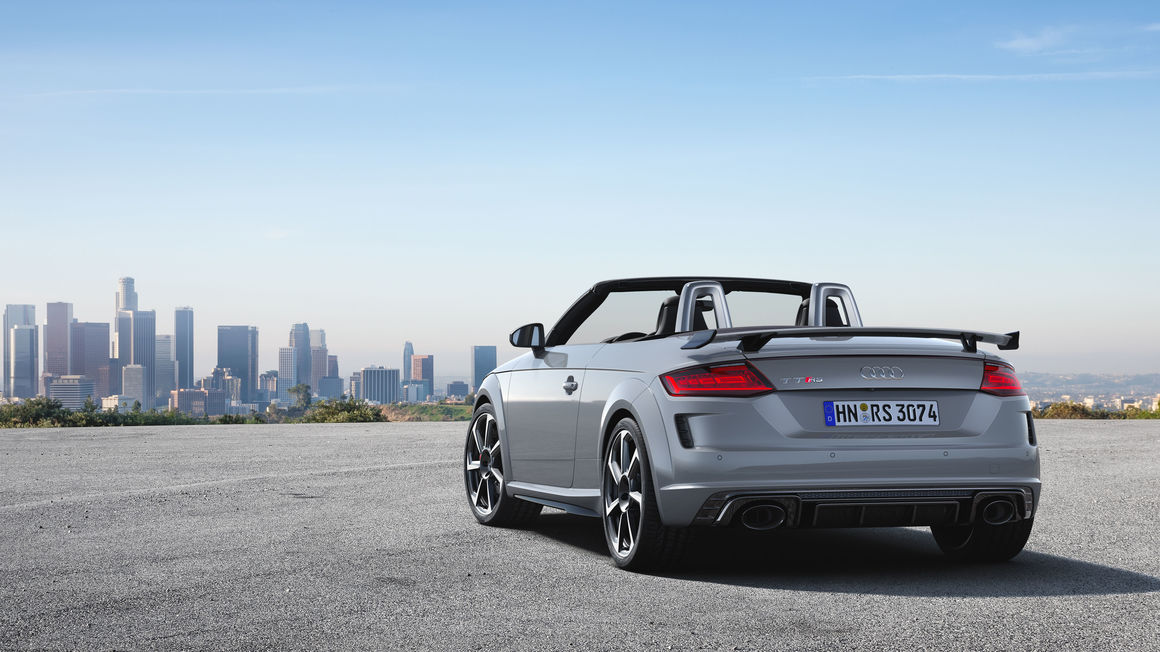 The Audi TT RS Roadster is a high-performance supercar with a luxury personality to match.

The Roadster's retractable fabric roof makes it easy to distinguish between the two speed demons (Roadster is basically a fancy name for a convertible). The Coupe's rear seats are more suitable for a chihuahua than for a human being, thus the lack of rear seats shouldn't be a deal breaker.

The basic Audi TT Roadster is no match for the TT RS Roadster in terms of performance and speed. When you look around the cabin, you'll see that the TT RS has the same minimalist design as the standard TT.

The Audi Virtual Cockpit takes the place of analogue speedometer dials, and the dashboard is dominated by three premium air vents that also serve as climate controls.

The intricate three-spoke, flat-bottomed steering wheel is embroidered in a mix of alcantara and leather, but it's more than just a show-stopper. Satellite buttons on the multi-function center put functions like Start/Stop and Audi Drive Select at your fingertips.

The lush leather RS sports seats include supportive bolsters to keep you in position during those fast bends, as well as heating features to keep you warm during those brisk coastal breezes. They're very roomy, so you won't have to worry about cramming people into the back seats!

Although the RS Coupe has the advantage of having four seats, the Roadster has its own set of clever functional features. Even with the roof down, conversations via Bluetooth-compatible phone calls can be plainly heard thanks to microphones built in the seat belts!

When it comes to running costs, the Audi TT RS is quite standard for a high-powered sports car. Because the fuel efficiency is comparable to alternative supercars and the CO2 emissions are unappealing to any environmentalists, you may rule it out as a company car choice.

The Audi TT RS Roadster is, all things considered, one of the best-performing sports cars in its price range. Its beautiful look and luxury interior are made even more spectacular by the powerful engine hidden behind the hood.